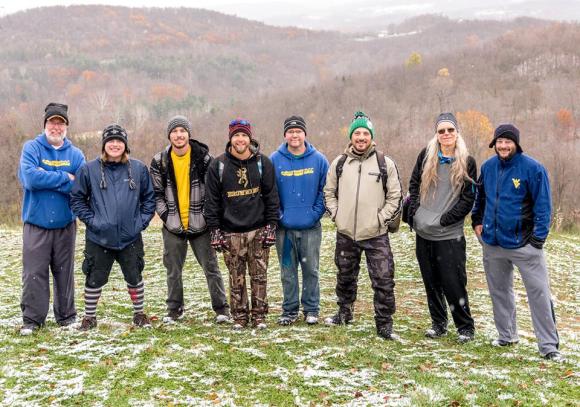 The received wisdom is that Sundays in November are for sitting on the couch.

It’s about kicking up your feet and reclining among the pillows, blankets and other implements of comfort. It’s about chicken wings and towering plates of sodium-loaded nachos. It’s about a warm house and a cold beer. It’s about football and binge watching Netflix. It’s about staring, guiltlessly, at the flat screen and soaking up a few last moments of inertia before summoning the will for next week.

So why, why would people disc golf in the snow instead?

Eight members of the Morgantown Mountain Goats of West Virginia assembled, starting at 9:30 AM, at Dorsey’s Knob on November 20, 2016, and played disc golf in freezing temperatures, snow flurries and 20 mph gusts of wind. The Goats have held their disc golf league each week, continuously, without fail, for more than three years. This was certainly not their first round in nasty weather, and it won’t be their last. 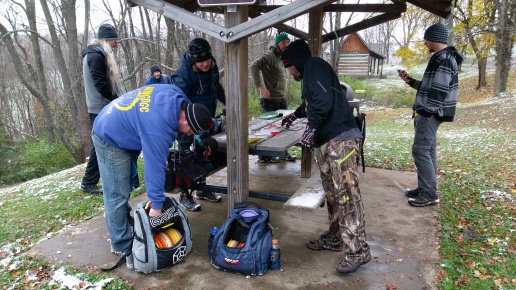 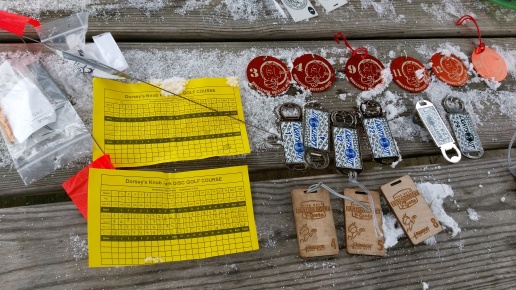 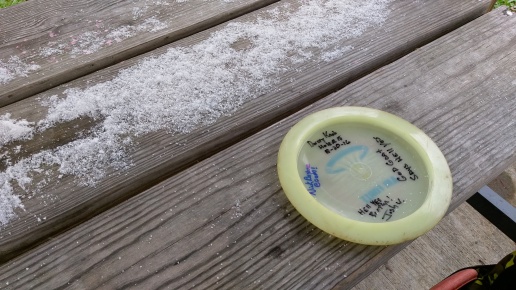 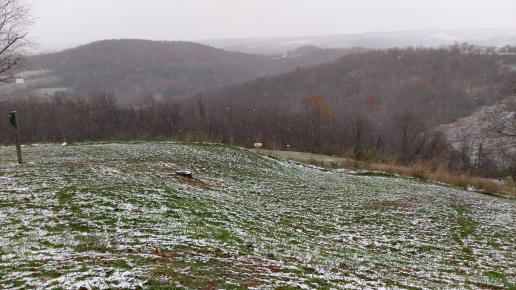 But the question remains: why? It’s usually my thing to ask questions and then answer them, but this one’s tough. I’m not sure why people disc golf in snow. But I do know one thing: I’ll be playing again next week.

Thanks for the great day guys!

2 thoughts on “Why disc golf in snow?”