Dense fog blanketed Dorsey’s Knob, site of the 2016 Club Championship, the Morgantown Mountain Goats’ final tournament of the season. A windless morning, it seemed strangely quiet, subdued, almost solemn, as if attending the funeral of an old friend who had lived a long and fruitful life. 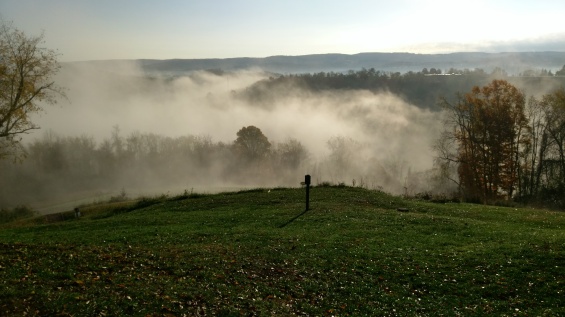 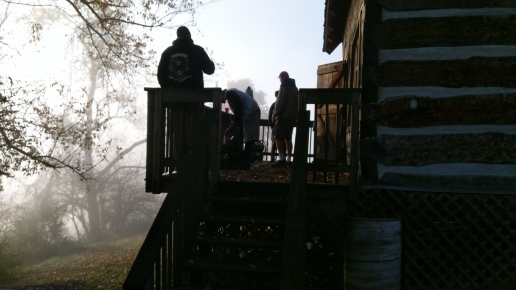 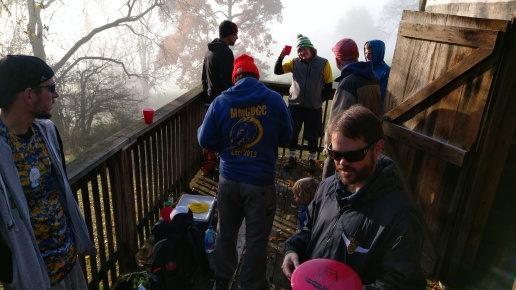 But today was different. Most of the Goats congregated around the historic log cabin that serves as the club’s tournament headquarters. They crowded together on the front and back decks of the cabin, like members of an ancient clan, observant of the coming winter, and the friendships that would get them through it. 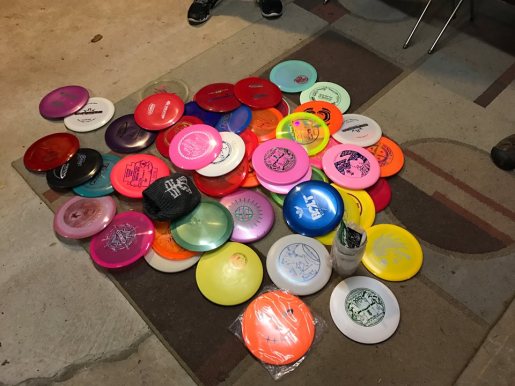 Generosity seems to be a consistent trait among disc golfers, but the Goats went above and beyond the norm in preparation for the Club Championship on November 5, 2016.

This was a small, members-only event with only 24 players. Donations included forty-four discs given as closest-to-pin prizes. There were also several donations for a fundraising raffle including a disc golf bag, a mounted photograph and other items, $50 added cash toward the ace pot, hours of preparation, tournament planning, course maintenance and basket moves, as well as food (gallon of delicious, clearly labeled salsa anyone?), beer, gifts, other supplies for the party following the event, and, I’m sure, much more that I’ve missed. 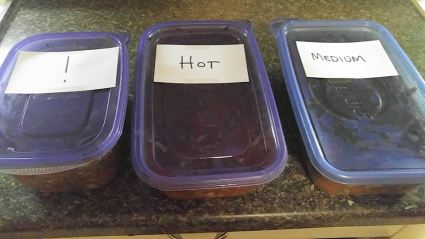 All those in attendance at the awards ceremony, the winners and losers, were, undoubtedly and without surprise, gracious and supportive of each other.

As a kid, I raced BMX bikes. Aged and happily wedded to a grandpa-cycle with a comfortable seat, I can only remember two things about BMX: one, the terrifying moment at the start where you stand up, balance on your pedals, and lean forward as you wait for the gate to drop; and two, the enormous, miraculous, towering, sparkly chrome and gold and eye-popping blue trophies. To this day, I have a two-foot-tall BMX trophy in my closet … for coming in fifth place.

Disc golf has its terrifying moments at the starting gate, but its trophy tradition lags well behind BMX. Some tournaments have no trophies at all. But the Mountain Goats have clearly bucked this trend. 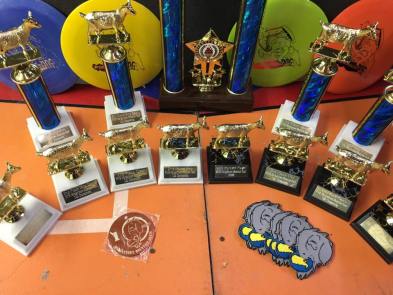 At the 2016 Club Championship, players coming in first, second and third place in four different divisions won a trophy and other prizes. Half the field went home with a gleaming souvenir.

To win a trophy for playing disc golf feels at once childish and awesome. It may be this unusual mix of feelings, this dialectical affect, this uncompromising commitment to the juvenile, the immature, and the bone-dry competitive spirit that I love most about disc golf. 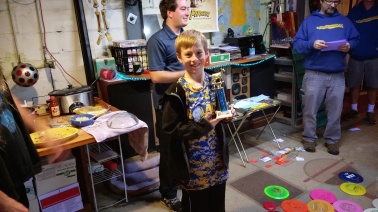